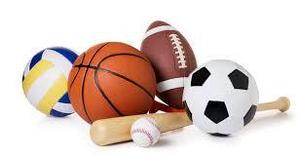 The Lady Hawks picked up where they left off last season by dominating the Summit Bears. The Hawks’ pressure defense limited the Bears offense while providing many scoring opportunities for Sequoia. The Hawks were led in scoring by Alisha Verdugo and Zahra Rayani. Danni Russell and Makenah Stanley also had several baskets in the low post. Way to go girls.

In the JV game, the tireless defense of Tatiana Quinones, Alexyi Molina, Ezlie Valadez, and the rest of the Lady Hawks led to a lopsided victory over the Bears. Blessing Evans led the team in scoring and Cynthia Burnistki, Cate Peterson, and Haden Arbelo also scored for the Hawks. The Hawks have several areas to improve upon and look to get better for the next game. Good job girls.

The boys’ soccer team defended their home against the Summit Charter Bears.

The game was evenly matched.  Adrian Gonzalez scored a goal for the Hawks early in the second half to take the lead.  Late in the game the bears scored from a free kick to tie the game. To break the tie, we went to a shootout where the Sequoia Hawks out-scored Summit 4 to 3.  Goals were scored by Alex Tindle, Arnold Beltran, Adrian Gonzalez, and Jorge Gamboa.  Good Job hawks on a good start to a promising season.